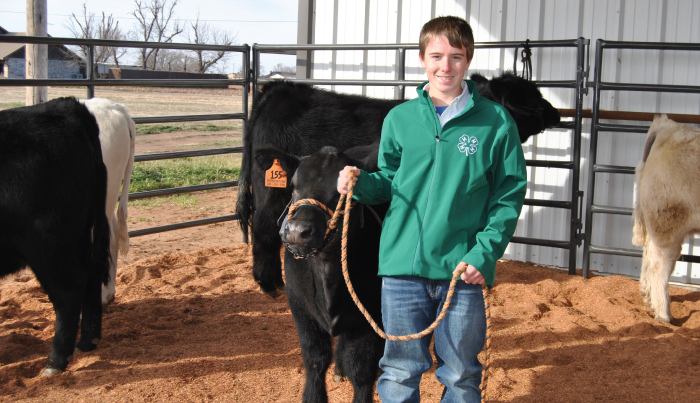 On February 18, 2019, the M. L. Lewis Expo Center (the new show barn in Hollis) welcomed exhibitors for the first time. The young men from Westview were glad to be a part of this event. They were also glad to celebrate some victories there. Westview’s ranch manager, Doug Gonzalez, and caregivers, Steve and Tammy Young, teamed up for the fifth year in a row to help our young men with this character-building work.

The young men brought a record number of calves to the show with four heifers and eight steers; twelve in all. Five young men were successful enough with their steers to make it into the premium sale: Micah Bentley, Jesse Campbell, Derek Chapin, Chance Maples, and Noah Meyer. Here are the other results:

Our young men and staff are grateful for the many generous and faithful donors who make this part of their lives possible and successful. They also extend their thanks to the Westview Foundation for its ongoing support of these efforts.